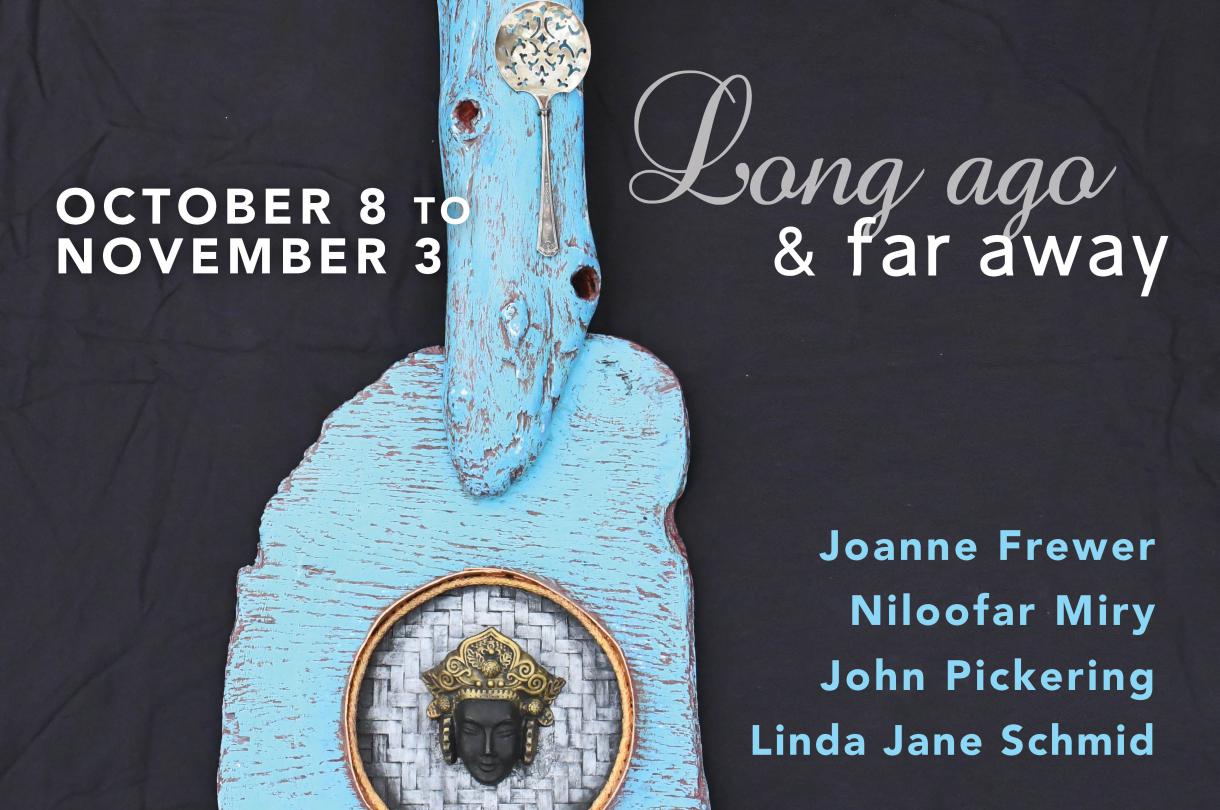 Art Sundays: How the Swans Came to the Lake with John Pickering

The Ferry Building Gallery is pleased to present Long Ago & Far Away, a mixed-media exhibition that showcases artwork by Niloofar Miri, Linda Jane Schmid, Joanne Frewer and John Pickering.

Niloofar Miry focuses her practice on philosophical and historical references to culture, land and the juxtaposition of the ancient and the contemporary. Her works bridge an ancient heritage and a contemporary reality by examining what is lost and what remains.

Inspired by musical instruments from cultures throughout human history, Linda Jane Schmid presents a collection of assembled pieces made from driftwood and other found, scarred or discarded objects that are worn and weathered by the elements. These fragments speak of where and what they might have been, and of what they might become.

John Pickering’s quest is to find a way to make art that unites his Buddhist insights and experiences with his Western classical background and culture. His mixed-media collages,  Letters from the Past, emerged when he sought to find out what would happen if we received letters from the past, containing fragments of who we were then, brought forward now as part of us and our culture.

Joanne Frewer is presenting a selection of 40 shadow box shrines that invite the viewer to slow down and take a closer look at the miniature objects and sceneries delicately placed in them. The artist has collected these objects from all over the world in antique stores, bead shops, thrift stores, garage sales, villages in Mexico and beaches from Ambleside to Indonesia.